I took part in the final part of the International Composer Pyramid Competition this weekend. I didn’t win but I was voted best piece by the audiences in both Canterbury and Boulogne-sur-Mer, as well as the musicians who played the piece. I was very pleased with this vote of confidence and with how the musicians, conducted by Mark Foster, approached my music. Many thanks to them. The following is the recording from the French gig…

The London Sinfonietta (!), conducted by Diego Masson will perform Momentum at Sounds New on Friday 4th May at 7.30pm. The concert is the opening gig of the Sounds New Festival 2012 and includes my ICP winning piece alongside works by George Benjamin, Oliver Knussen, Peter Maxwell Davies and Edmund Finnis.

At the weekend I was selected by an international jury as one of three prize winners in the International Composer Pyramid 2011. I am very honoured to therefore move through to the final phase of the competition, organised by Sounds New and Coups de Vent, to be held in 2012.

Here is a recording of my piece played by the ICP Ensemble, conducted by the masterful French conductor Philippe Nahon. He did an absolutely fantastic job with the ensemble, which is formed of British musicians from the Ossian Ensemble (director Darren Bloom) and players from Coups de Vent.

I should have more news soon about performances that will arise from being selected as a prize winner.

A new work for large ensemble, Momentum, will be performed in a few weeks by the ICP Ensemble conducted by Philippe Nahon. The concerts are in Lille on Saturday 10th December and in Canterbury on Sunday 11th December, both at 3pm.

“All the pieces were suggestive and quick on their feet, as were the two new British pieces by Hugo Ribiera and Benjamin Oliver (which seemed distinctly English in this company, perhaps because Birtwistle’s savage musical machines were their common ancestor).”
Iwan Hewett in The Telegraph, 25 May 2011 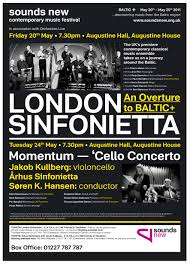 The Århus Sinfonietta are performing my ICP winning work Smash and Grab at the ‘Sounds New’ festival in Canterbury. The concert is being recorded for BBC Radio 3. The concert is taking place at Augustine House in Canterbury at 7.30, you can download the poster here. This is an exciting performance for me – I can’t wait to hear what this amazing ensemble do with the work!

I’m pleased to say I was chosen as one of two winners of the ‘International Composers Pyramid’ on Saturday for my piece Smash and Grab.  The jury panel were Paul Patterson and Rolf Hind for the UK and Philippe Boivin and Philippe Hurel for France.  I’m very excited to have been chosen and look forward to the various opportunities it will lead to – watch this space for what they are!!

I’m currently working on a new piece for the ICP ensemble as part of the ‘International Composer Pyramid’ run by Sounds New and Coups de Vents.  I had a good weekend in Canterbury a few weeks ago where we had some interesting panel discussions, instrument sessions and sessions with our composition mentors, mine being Edwin Roxburgh.  I’m working hard on the piece and looking forward to our next weekend meeting in France in September!

I'm pleased to share a new video of my piece Silent Doom Disco, performed by the members of @OutTakeEnsemble last summer. Really grateful to @HarryMatthews22, @JoeManghan and Máté Szigeti for helping bringing the piece to life. youtu.be/t4RlXo_2004.

Jeff Anderle from the reed quintet @SplinterReeds made a music video of my piece "Line And Length". Quite an amazing and elevating, smart and playful analysis of the characters and structures. youtube.com/watch?v=Fo2a39…

Delighted to be commissioned by #ThompsonStreetOperaCompany to write a mini-opera specifically designed for streaming. Watch this screen (in a few months.) facebook.com/ThompsonStreet… pic.twitter.com/8SVmRLAarn