Video now online of the premiere of my Changing Up + for solo percussionist and large ensemble from the recent SHIFTS project at Turner Sims. Joley Cragg totally nailed the percussion as did the HARTLEY Loop Orchestra, which features students and staff from the University of Southampton Music Department.

Had a fantastic time last week doing SHIFTS with students and colleagues from University of Southampton Music Department and brilliant percussionist Joley Cragg. Videos to come soon but here are a few pics, thanks to Amy Williamson.

Super excited about a project I’m directing next month, SHIFTS, which will feature students from the University of Southampton Music Department performing as part of the Hartley Loop Orchestra at Turner Sims. We’ll be performing music by Steve Reich and Lois V. Vierk as well as new pieces by my super cool colleagues Drew Crawford and Brona Martin. I’ve written a new version of a solo percussion piece I wrote for the London Sinfonietta a few years ago – this time featuring large ensemble and called Changing Up + (rather than Changing Up!). Fellow Workers Union family member Joley Cragg is coming to play the solo part. More details on the poster below! 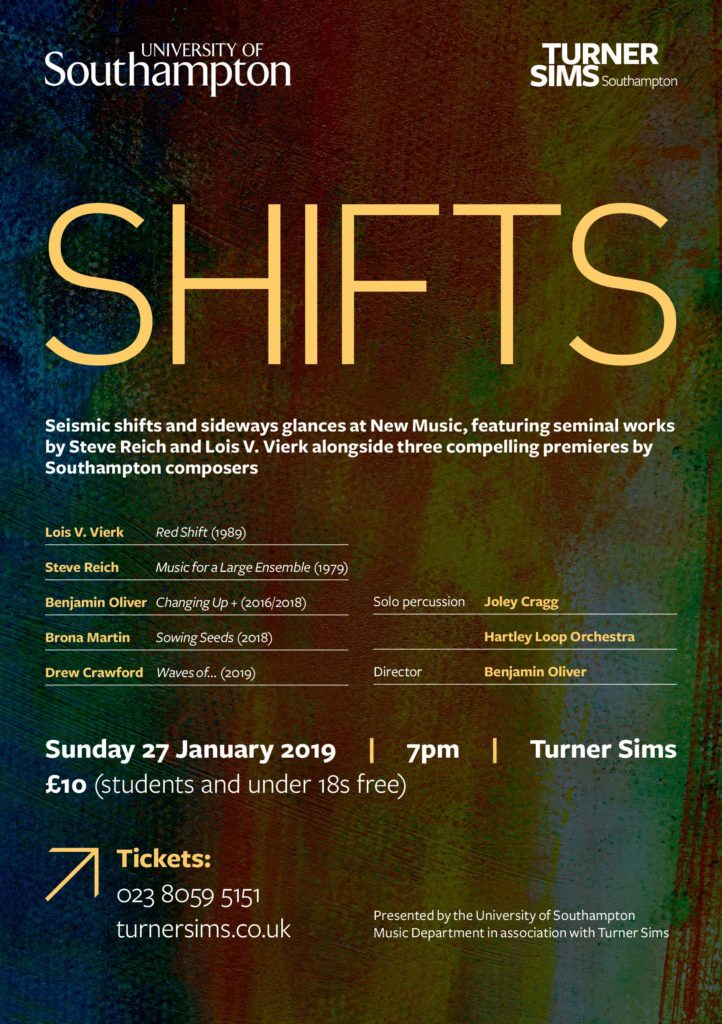 Very excited to share this new film - focused on the experiences of Anil Sood - with the world, made in collaboration with the fantastic Alys Scott-Hawkins. @CliodnaShanahan on piano for that and also uk premiere of my toy piano extravaganza ‘Too many sweets’…! twitter.com/ldn_sinfoniett…