I’ve been commissioned, along with poet Luke Wright, by London Sinfonietta to write a new work for their ‘Notes to the New Government’ project, which will take place at the Queen Elizabeth Hall two days after the upcoming UK election. 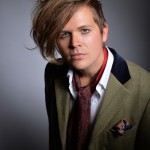 Our piece, The National Loneliness, will call on the new government is to address the disconnectedness felt by so many in society. The work will consist of spoken poems, which are interspersed with sung choruses. The poems provide snapshots into the lives of characters who are isolated in some way. In the choruses the soprano, Juliet Fraser, will act as a Siren (in the Greek sense) who banally calls us to the so-called ‘national conversation’ singing ‘We’re all in this together… in leisure love and labour’.